This week saw the demise of two well-established high street retailers with the collapse of both Toys R Us and Maplin, leading to the loss of around 5000 jobs across the UK.

While the collapse of Toys R Us wasn’t unexpected – their US parent company filed for Chapter 11 bankruptcy protection (the American equivalent of administration) in September 2017 – Maplin’s demise was less well signposted. The day before the announcement Maplin had announced the opening of a new store in Kent.

So why did Maplin, a company that many analysts felt gave good service, still struggle? 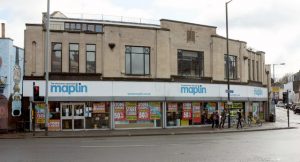 In 2014 Maplin was bought by Rutland Partners, a private equity firm, for £85 million. The company’s stated aim was to improve the business through a process of investment and restructuring. At this stage Maplin had significant debt levels and was already being monitored in business circles.

By early 2015 Maplin was demonstrating strong growth, and it appeared that Rutland’s strategy was going to plan. Part of this growth was put down to an updated online platform as the company pushed its ecommerce offer.

However by December 2016 Maplin’s results started to struggle again, with much of this fall attributed to declining footfall in store. The retailer then tried to improve its bricks and mortar operation, for example opening concessions in store. Despite this, by February 2018 Maplin’s was once again in trouble.

In February this year Maplin went into administration as talks designed to sell off the business faltered. As this was announced on the same day as Toys R Us went into administration, the 2 were linked to a wider problem with high street trading in the UK, although as we’ve seen Toys R Us’s problems extended beyond the domestic market. So how much was this due to the general economic climate in the UK?

Did credit insurance lead to administration?

Like Comet and Woolworths before them, the final nail in Maplin’s coffin was the withdrawal of credit insurance. Without this it was all but impossible for the retailer to maintain their supply chain. However a number of other factors led to this situation.

While Maplin’s updated web platform did see an improvement in online sales some commentators felt that the retailer failed to really carve a niche for themselves. In particular they lost out to more focused specialist online retailers such as RS Components who also catered to the electronic hobbyist market that had historically provided Maplin’s with much of their customer base.

There was also a feeling that Maplin’s had lost some of the in-store expertise that made their shops attractive both to ‘techie’ customers who wanted to feel they were dealing with experts, and also to less tech-savvy customers who needed advice.

The decision to focus on smart technology also seems not to have paid off. It may be that Maplin’s were in this case simply too far ahead of the curve and risked too much of their projected success on technologies that simply hadn’t taken off as quickly as forecast.

Finally, Maplin’s almost certainly suffered the impact of the post-Brexit referendum economic climate in the UK.

What about the UK economy and Brexit for UK retail?

Sterling devaluation hit the price of imports, and with Maplin so dependent on bringing in components from manufacturers outside of the UK, this had inevitable knock-on effect on profits.

Consumer confidence also fell after the referendum result, again hitting sales. Sales that were not helped by merchandising decisions such as making their cheapest HDMI cable only available online and not in store.

Overall it appears that Maplin failed due to a number of factors that converged within a short period. We can’t know whether Maplin would have survived longer in the post-referendum economic climate with a better ecommerce strategy, or whether the retailer could have better streamlined its bricks and mortar business.

What we can be certain of is that the company is unlikely to be the last to fall foul of an increasingly difficult environment in which UK retailers now have to operate. 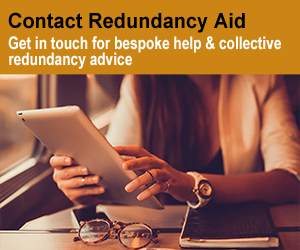 We use cookies on redundancy.co.uk to improve your browsing experience and to provide you with relevant content. By continuing to use our site you agree to this. ContinueSee our privacy policy
Back to top